These projects were generated from the Company’s 30,000 square kilometre regional heavy mineral sampling program over an area favourable for Carlin style mineralization following ATAC Resources Ltd discovery of the Osiris deposit in 2010. This work identified areas which contained highly anomalous gold and pathfinder elements for Carlin-style and base metal mineralization. These areas were staked in 2012 and exploration is currently focused on the North Rackla claim block.

Exploration of the North Rackla block commenced with detailed heavy mineral sampling to define portions of the drainages which hosted mineralization. These watersheds were then evaluated using composite soil-talus samples collected at 25 metre intervals along 200 metre spaced lines. Where favourable results were obtained, infill lines were completed down to a 50 metre spacing to define the mineralization source. Over 20,000 composite soil-talus samples have been collected on the North Rackla block.

The soil-talus sampling has identified several mineralized zones within the 15km x 15km North Rackla claim block. The most advanced of these is the Massive Sulphide Zone.

The Massive Sulphide Zone has so far been traced for almost 2.5 kilometres and hosts high silver, lead and zinc values.  The mineralization is hosted in Proterozoic aged rocks and has elevated manganese values similar to the Sedex style Sullivan and Mt Isa Mines.

Drilling in late 2016, 1.6 kilometres away at the southwestern end of the Massive Sulphide Zone encountered oxidized mineralization that increased in grade and width with depth.

In the summer 2018 program, Cantex drilled both the northeastern (“Discovery Zone”) and southwestern (“Extension Zone”) portions of the Massive Sulphide Zone. At the northeastern end drilling from 3 pads tested the mineralization beneath the substantial widths encountered in trenching. At the Extension Zone drilling tested the mineralization to greater depth.

At the Extension Zone the deeper drilling intersected fresh mineralization which contained exceptional silver-lead-zinc values. Significant intercepts from the 2018 summer drill program are presented below: 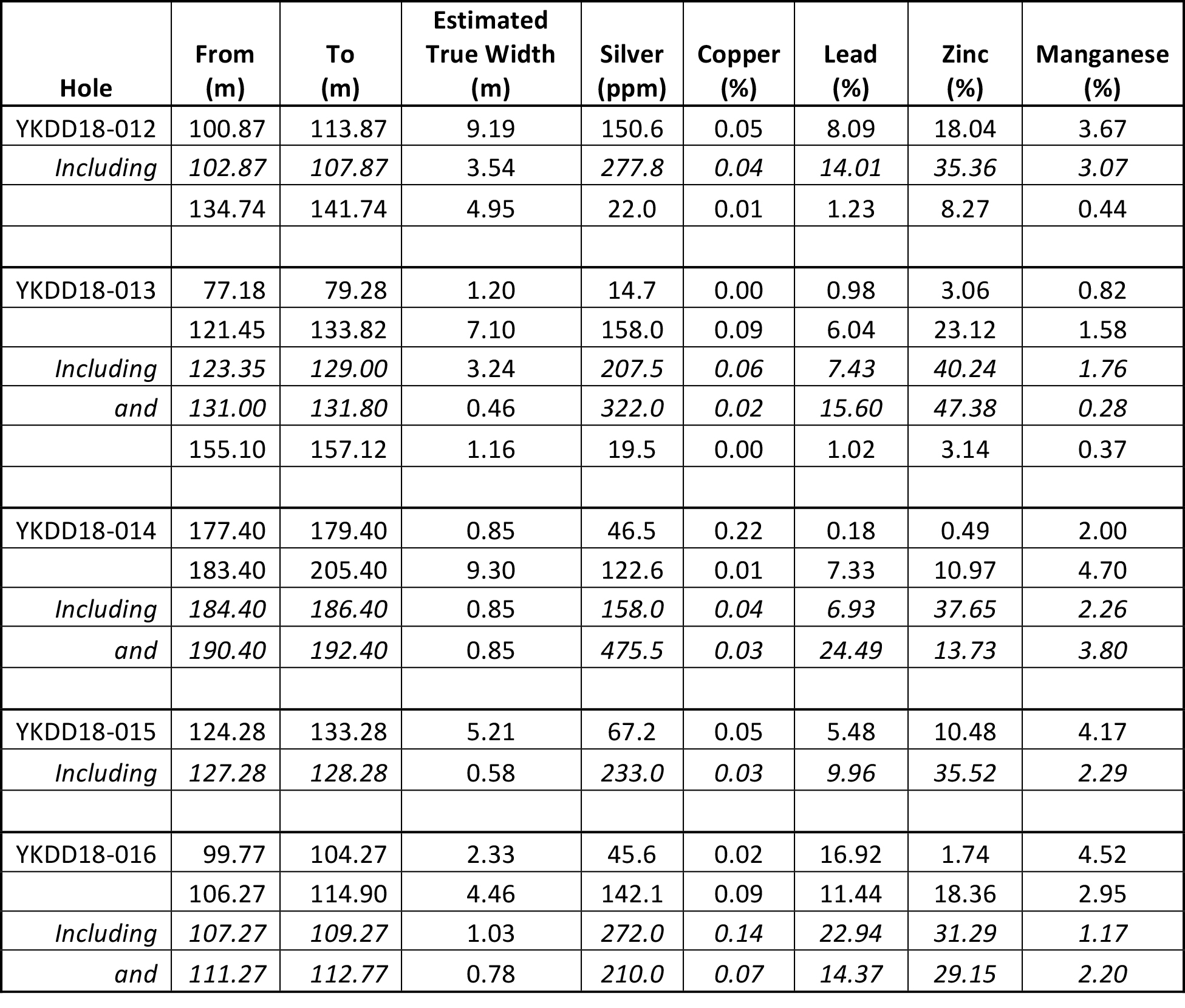 Examples of the drill results from the Main Zone along with associated maps and cross sections are presented below. 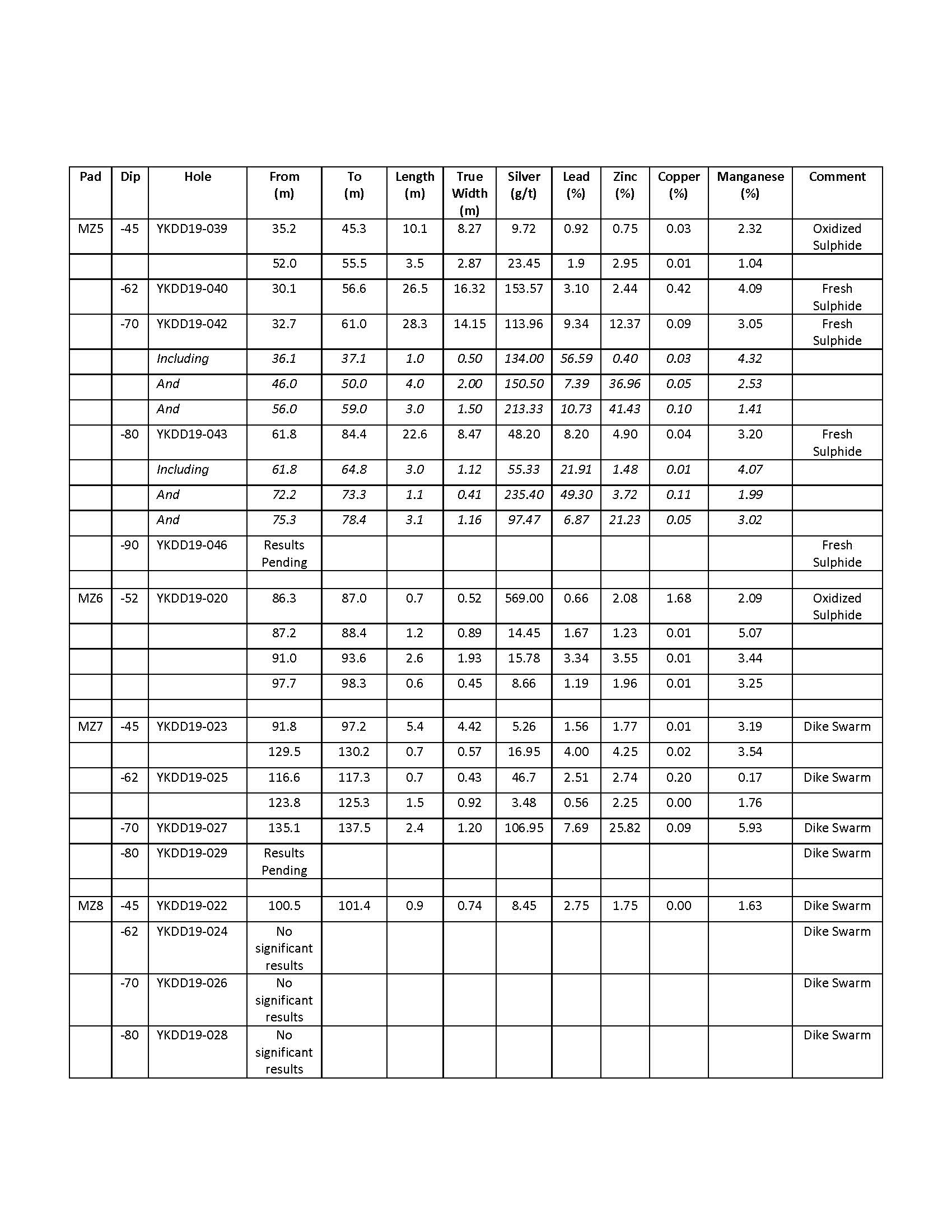 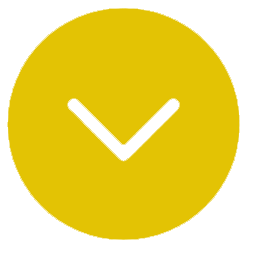 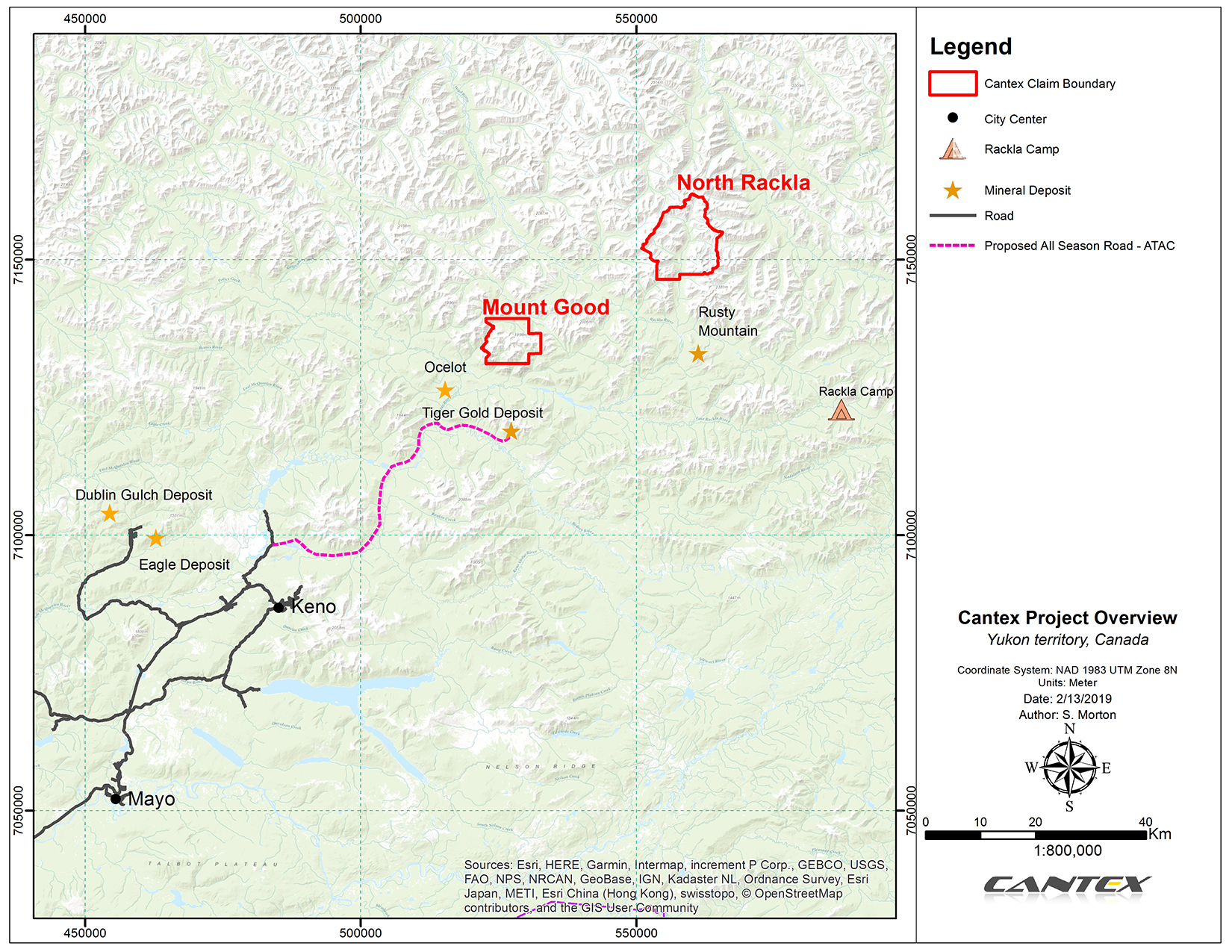 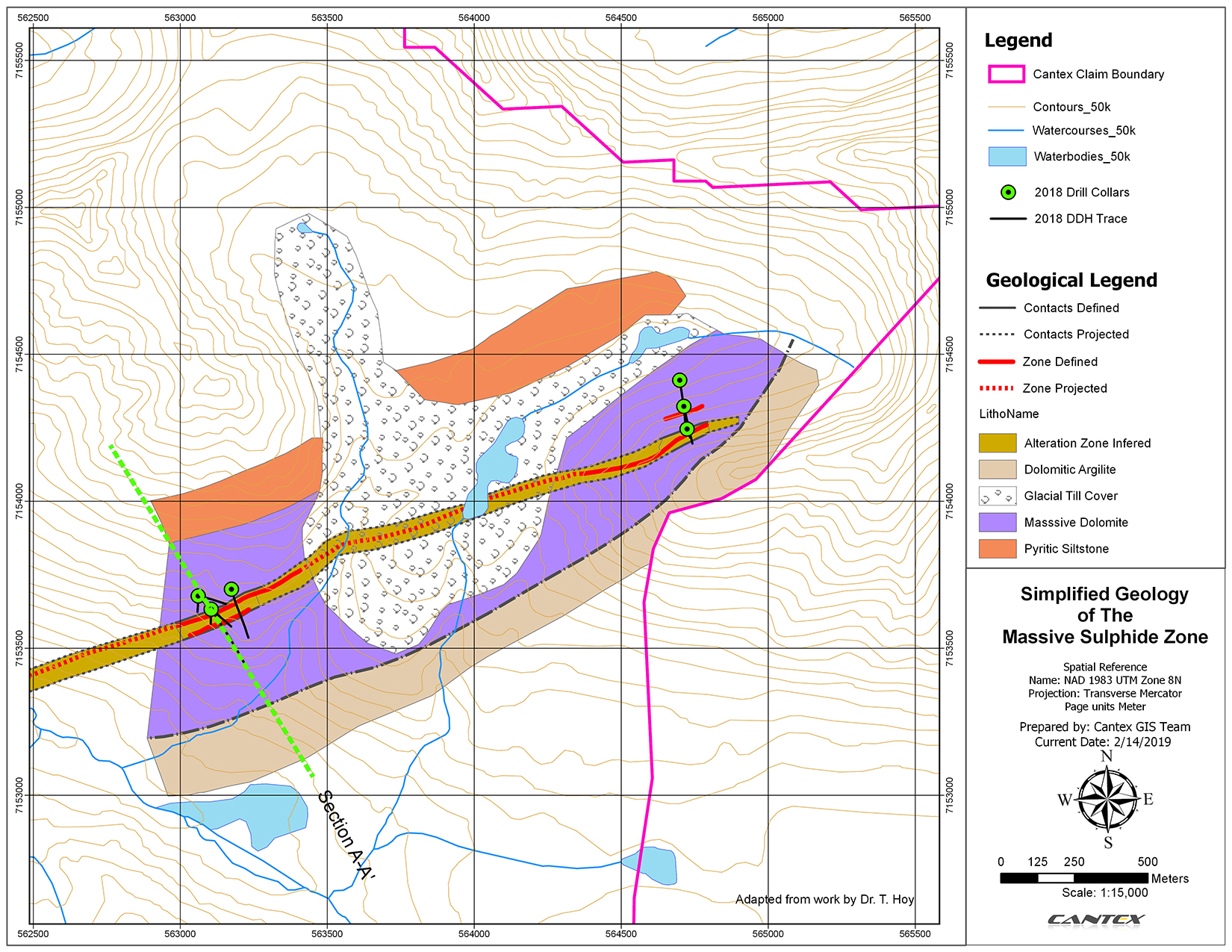 Cross Section through the Extension Zone is presented below 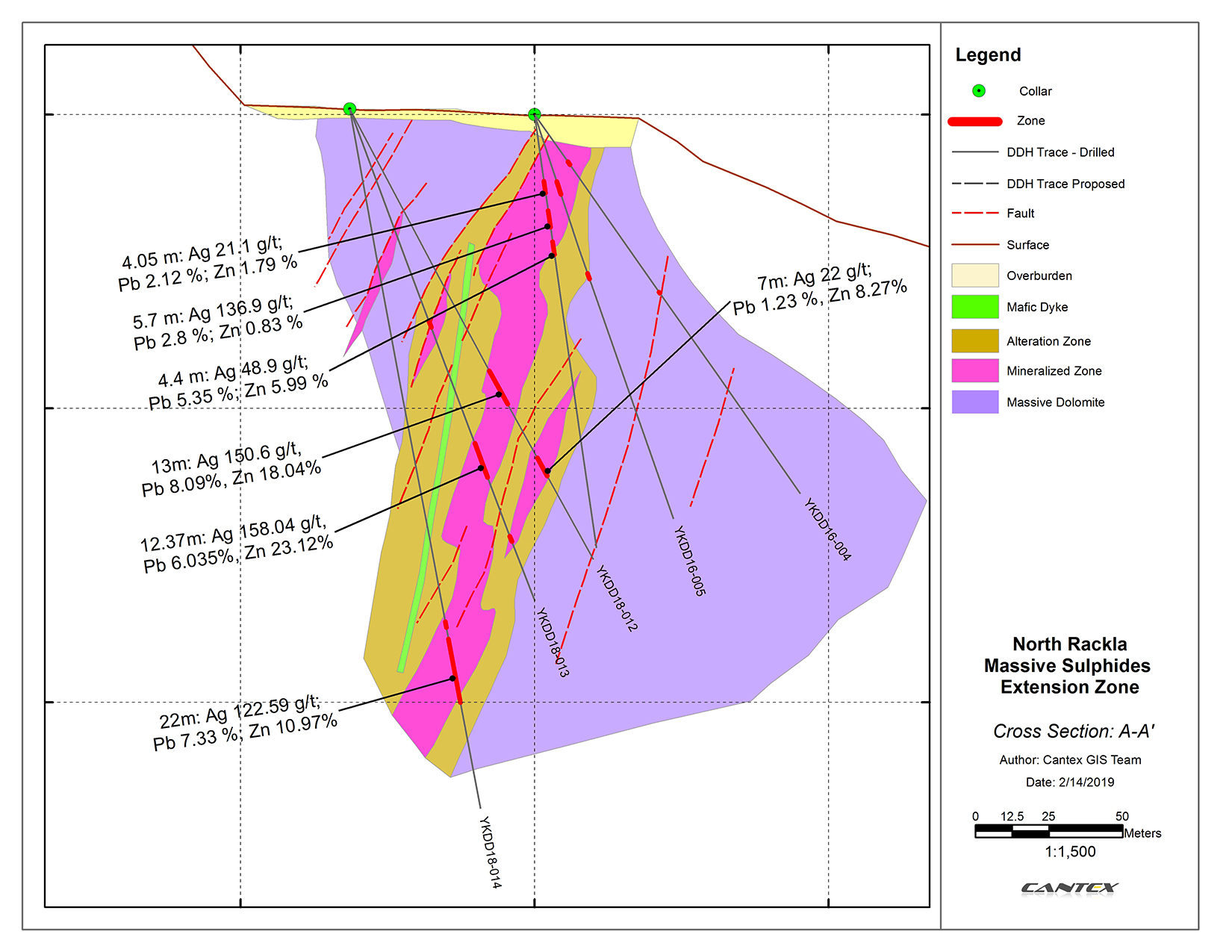 North Rackla drill pad locations are presented in this map 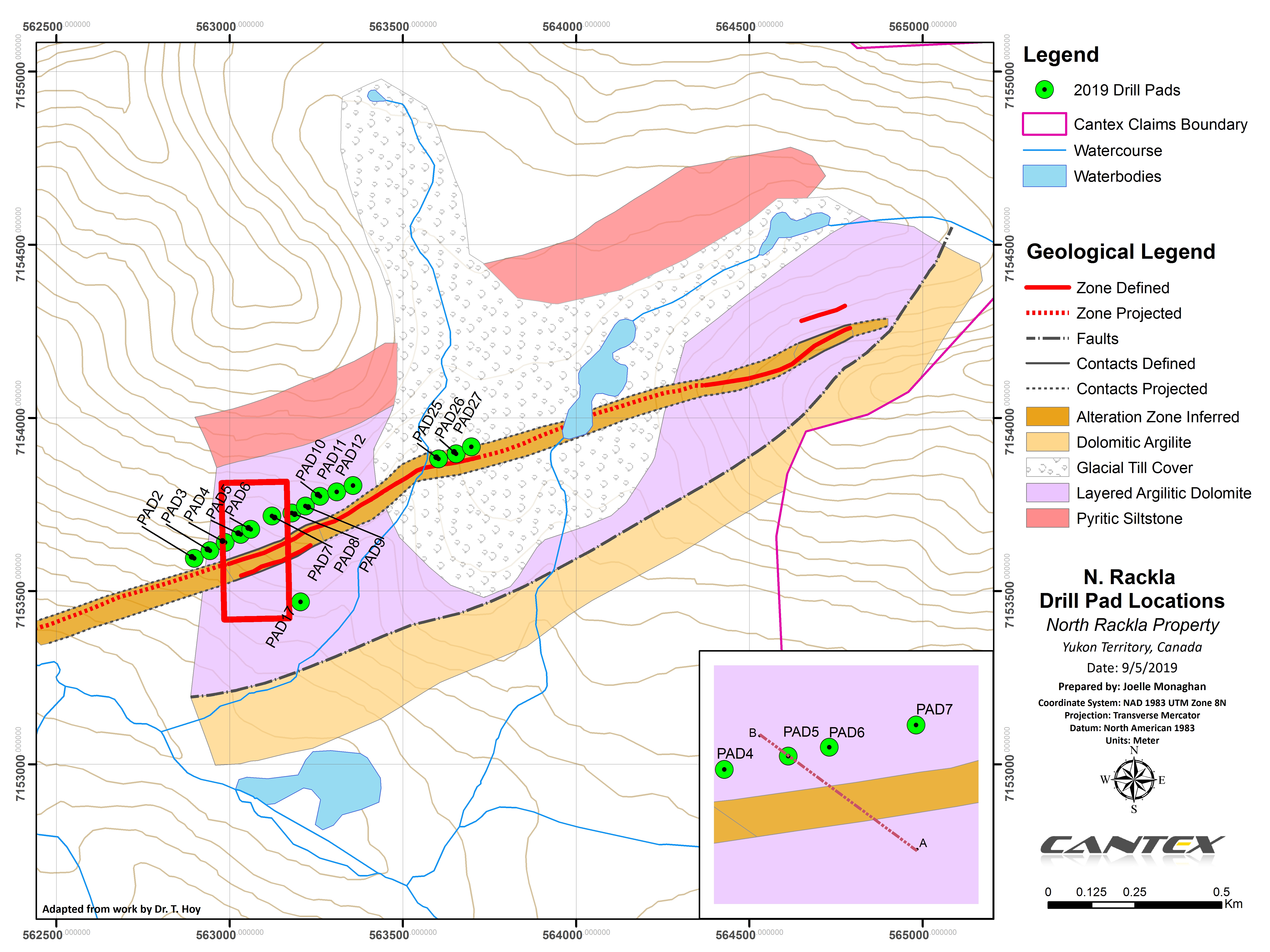 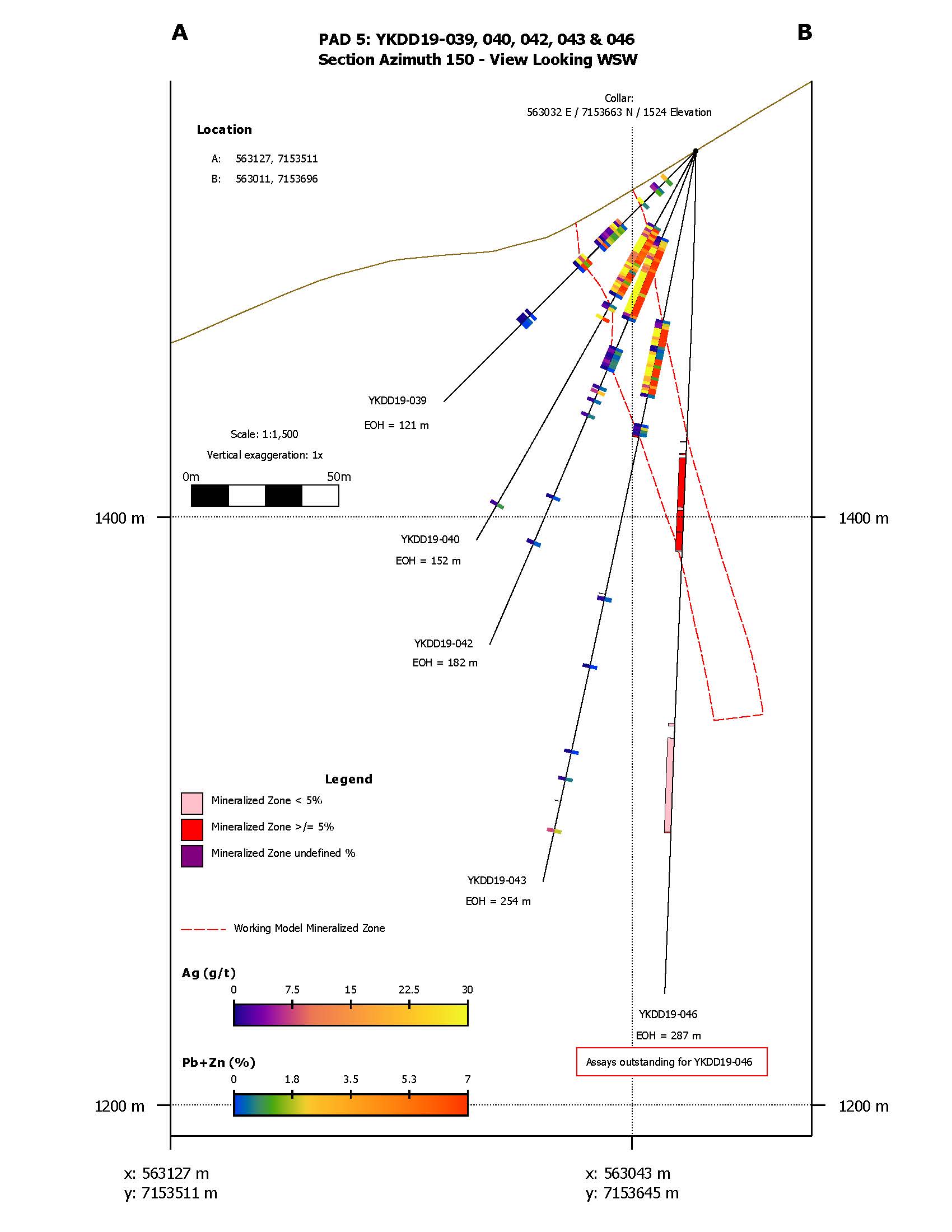 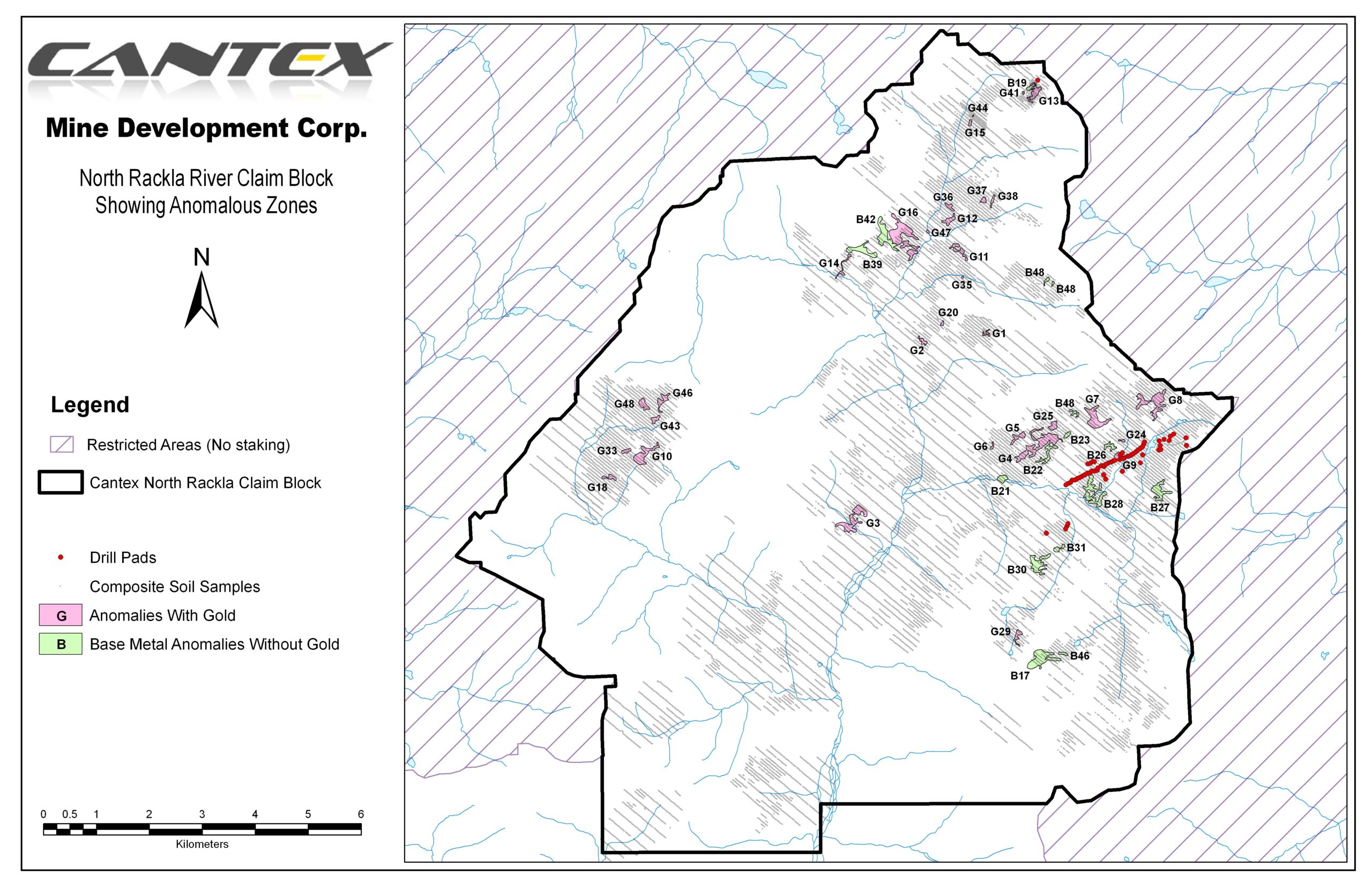